Every year before summer, people, as always, are divided into two groups: some are trying to force themselves to get into shape, others just want to. As a result, the first ones suffer on the treadmill, the others - on the couch, Instead of getting energy and pleasure from running or walking. Yes, it is possible.

A year ago we released the first version of the Unic app and the Hooligan started running. At that time, his weight was close to 100 kg and he looked like the brutal Winnie the Pooh from the joke. And from such a start in just a year he successfully finished the Ironman 70.3 triathlon in Lanzarote, the Olimpusman in Troodos in Cyprus, plus a bunch of all sorts of small races that I have already stopped counting. Recently, the Hooligan ran the 42 km marathon in Limassol in a bathrobe and rubber slippers. Well, because it's easy. 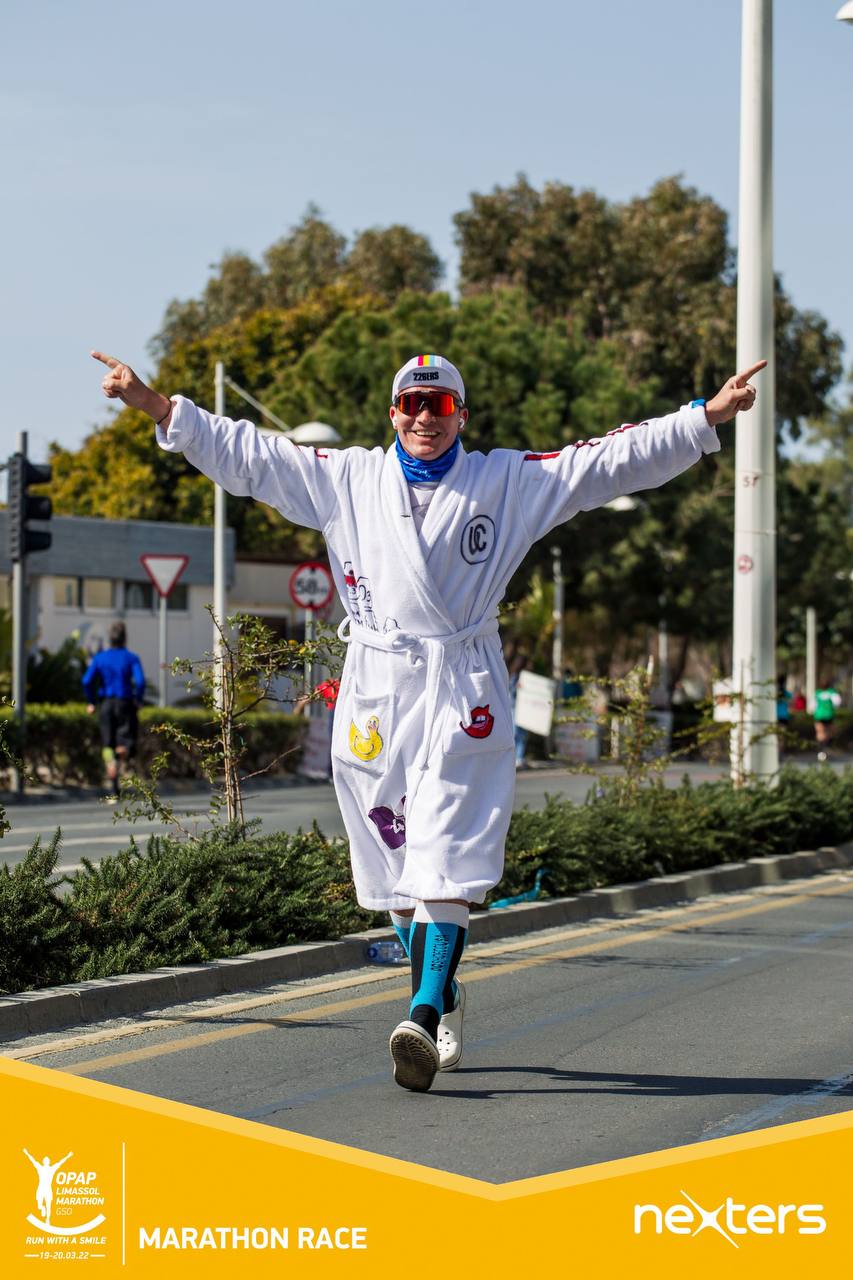 Therefore, at a certain stage, Dimon the Boar also started running with the application. He still likes to eat with taste. That does not stop him from running 10-15 km day just to enjoy. And his wife began to call him Apollon. The whole journey from The Boar to Apollon took literally a couple of months.
And when Luda- an absolutely office young lady who most probably ran last time at school - finished her first half marathon, after two months of preparation, easily and with pleasure, all doubts have disappeared: the Unic application works. Regardless of your initial physical condition, even a couch potato will run with Unic, unless he has legs.

For those who don't know: the Unic application allows you to enter a resource state, that is, to gain energy where others get tired. In particular, when walking or running. To do so,a complex system is used, including special music and sound signals, images of animals, work with attention and breathing. The collection, processing and practical testing of this knowledge was carried out by three generations of people who devoted their lives to the study and development of human energy and physical capabilities.

And a year ago, we managed to pack this knowledge into a simple and publicly available application: put on the headphones and just run or walk, following simple instructions of the audio trainer. Just this simple step allows you not to get tired and has a very positive effect on all areas of life. For those who are willing and able to progress, there is also an in-depth training, but this is a separate story. In general, it's easier to try than to explain.
The Unic team, led by a Hooligan, gathers on Tuesdays and Thursdays at 8.00 in Paphos near the castle in the port
and on Wednesday at the same time — at the Malindi restaurant in Limassol
Beginners start with a simple walk and gradually switch to resource running. A month of preparation for the Cyprus Trial Race with Hooligan costs only €50 (including the advanced version of the application). Plus €3 - subscription fee for the application. You can download it on the uniс.global website and send request for participation in the Unic team trail Rub to rreal.club@gmail.com.
RREAL.CLUB@GMAIL.COM
+357 95 90 38 06
Audio tracks of the application allows the use of hidden resources of human body through the interval training and physical activity
INSTAGRAM
WHATSAPP
TELEGRAM